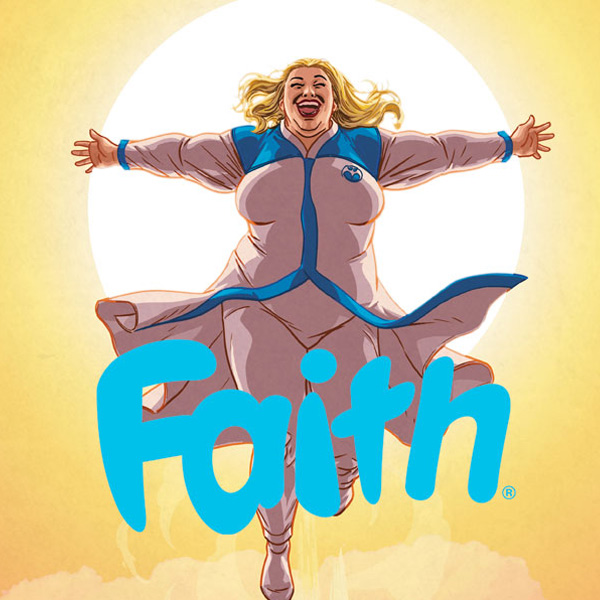 Orphaned at a young age, Faith Herbert – a psionically gifted “psiot” discovered by the Harbinger Foundation – has always aspired to greatness. The once ordinary teenager is in control of her destiny and becoming the hard-hitting hero she’s always known she can be – complete with a mild-mannered secret identity, unsuspecting colleagues, and a day job as a reporter that routinely throws into her harms way! Well, at least she thought it would… When she’s not typing up listicles about cat videos, Faith makes a secret transformation to patrol the night as the City of Angels’ own leading superhero – the sky-soaring Zephyr! Faith has been the star of best-selling comics from Valiant Entertainment, where she’s amassed more than a half dozen volumes of stories to read!

This past July, Faith: Taking Flight was released by Harper Collins Publishing, written by New York Times best-selling author, Julie Murphy (Dumplin’, which was adapted into an award-winning film by Netflix) to great critical and fan acclaim.

Also new for Faith is Pop Cult’s very own line of merchandise. Pop Cult is the preeminent source for officially licensed apparel, hats, backpacks and accessories. Choose from gaming, comics, movie and TV brands along with novelty, beer and auto graphic apparel. Shop the entire collection and choose from the Faith cropped hoodie, oversized t-shirt and regular graphic tees. Please visit the Faith page here and review the collection or take a quick peek here.