Shop and Learn More about the Loteria Game and Tradition

Lotería is the Spanish word for lottery, a traditional game of chance, similar to bingo. One by one, the caller picks a card from the deck and announces it to the players by its name, sometimes using a verse before reading the card name. Each player locates the matching pictogram of the card just announced on their board and marks it off with a chip or other kind of marker. In Mexico, it is traditional to use small rocks, crown corks or pinto beans as markers. The winner is the first player that shouts “¡Buena!” right after completing a tabla or a previous agreed pattern.

The origin of lotería can be traced far back in history. The game originated in Italy in the 15th century and was brought to New Spain (modern Mexico) in 1769. The current images have become iconic in Mexican culture, as well as gaining popularity in the US and some European countries.

Please shop our inaugural collection as we feature the top selling designs from this world-famous time-honored game. Be a part of the family fun with a T-shirt influenced by The Loteria game. 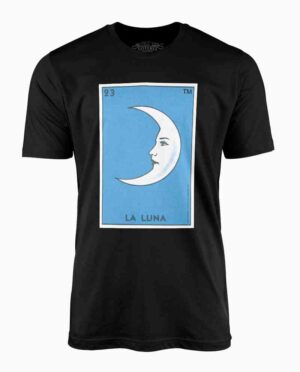 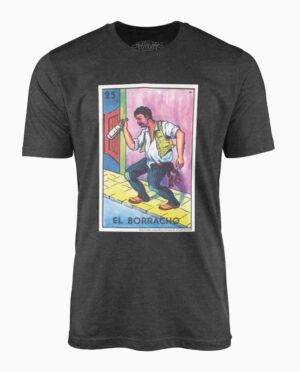 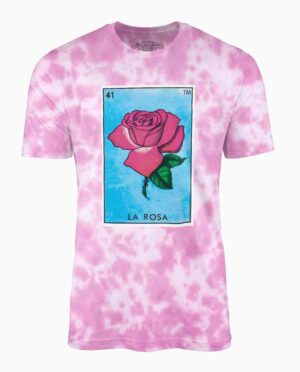